Are SUVs safer than cars?

According to research by the Insurance Institute for Highway Safety (IIHS), 20 SUVs received its ‘Top Safety Pick’ for 2019.

Hyundai had four SUVs on the list, while other vehicles included the BMW X2. To achieve the accolade, cars had to perform exceptionally in a variety of crash tests related to the model’s front, side, roof, and head restraints.

There have been many other reports that also rate SUVs as considerably safer than hatchbacks or saloon cars. This is due to the sheer size of the exterior casing of an SUV. This has led to SUVs becoming a popular choice for families with the likes of the Audi Q5 and BMW X3 topping the list. SUVs are selected ahead of a saloon thanks to the higher driving position proving to be the safer option. Also, due to its raised position and the fact an SUV is reinforced, it’s able to handle a much larger impact. In fact, research has found that an SUV driver or passenger is at least 50 percent more likely to survive a car crash without suffering serious injuries than an individual riding in a saloon.

While this may be the case, it’s important to choose a vehicle with up-to-date safety equipment, such as antilock brakes, curtain air bags, and stability control. While regulations may leave no choice in relation to stability and ABS, be sure to fully inspect the safety ratings of a vehicle before you purchase it.

Are All SUVs 4-Wheel Drive?

Although it may look like an off-road vehicle, that doesn’t necessarily mean it is. Here at Michelin, we answer your question: ‘Are all SUVs 4-wheel drive?’

Are SUVs More Expensive to Insure?

At Michelin we want the best deal for you. Here, we set out to examine whether or not SUVs are more expensive to insure than alternatives. 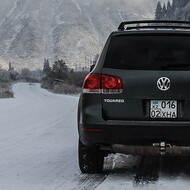 Are SUVs Good in the Snow? 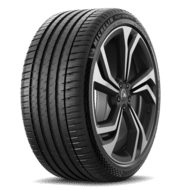 The MICHELIN Pilot Sport 4 SUV tyres are specially made for premium SUVs providing you excellent braking, handling and comfort. 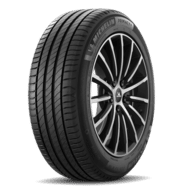 Safe when new, safe when worn.
Outstanding wet braking performance when new and when worn.

View this tyre
You are using an unsupported web browser
You are using a website browser that is not supported by this website. This means that some functionnality may not work as intented. This may result in strange behaviors when browsing round. Use or updgrade/install one of the following browsers to take full advantage of this website