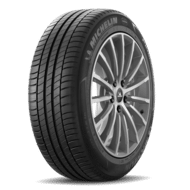 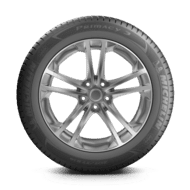 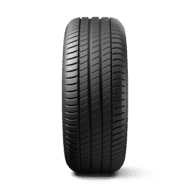 Be the first to leave a review

With its excellent performance on wet roads[1], the MICHELIN Primacy 3 summer tyre was awarded by ADAC as best in its category in 2015 and 2018[7].

Auto-blocking sipe technology, along with a patented rubber tread compound, combine to produce excellent performance on wet roads[1]. The MICHELIN Primacy 3 summer tyre gives you and your passengers safe and comfortable driving on daily commutes or long road trips. Premium wet performance from a premium tyre.

The MICHELIN Primacy 3 tyre offers high longevity[2] due to a very abrasion resistant compound and an optimized Contact Patch, which distributes tyre pressure and heat more evenly to allow more mileage. Be the driver who enjoys more miles on the road this summer.

MICHELIN PRIMACY 3 Reviews
Do you own this tyre ?
Write a review

Does this tyre fit my vehicle?

(1) - wet braking performance - MICHELIN Primacy 3 is rated "A" or "B" on the Wet Grip Item of the European labelling scale.

(4) - wet braking performance Primacy 4 - MICHELIN Primacy 4 is rated "A" or "B" on the Wet Grip Item of the European labelling scale.

(5) - long-lasting performance Primacy 4 - New and Worn (worn means worn on machine (buffed) to the depth of Tread Wear Indicator according to European regulation for Tread wear indicator ECE R30r03f), on 205/55 R16 91V MICHELIN PRIMACY 4, is above the R117 European regulation wet grip threshold. Last km being understood as until the minimum legal tread depth (1.6 mm). Please refer to the minimum legal tread depth in your country.

You are using an unsupported web browser
You are using a website browser that is not supported by this website. This means that some functionnality may not work as intented. This may result in strange behaviors when browsing round. Use or updgrade/install one of the following browsers to take full advantage of this website